1973 Plymouth Road Runner A strange thing happened in 1973. Federally mandated 5 mph bumpers up front, (and 2.5 mph bumpers in the rear), were literally changing the face of the American automobile. But over at Mopar, at least in the Plymouth division, the changes required to pass the federal bumper standards were well integrated and actually improved the looks of the intermediate car. The 1971 and 1972 Plymouth B-bodies were fitted with enormous chrome wraparound bumpers that gave the cars a sad-eyed countenance. And not only did the Satellite have a homely face, it also had a big, bulbous rear end. Plymouths 1973 effort was a conservative approach, dumping the weird wraparound bumper for a much more traditional grille-over-bumper design. Clearly, whatever the stylists did worked, because Plymouth sold more than 120,000 coupes alone in 1973 (in Satellite, Sebring, Sebring Plus and Road Runner trims) - nearly double what it did in 1971. For consignment and gracing the west mallway of our hallowed halls, a 1973 Plymouth Road Runner showing in eyecatching Blue Streak with an Eggshell, (think bright white), interior. Add in a rear spoiler, snappy strobe stripe, a bulged hood, machine gun tip exhaust and a numbers matching drivetrain...who said that the muscle car died in 1971. Exterior Bathed in the deep end of the pool Blue Streak, this hardtop lost the weird wrap around bumper from the previous year and now has a deeply recessed egg crate style grille which is set off by deeply canted quad headlamps. A twin scoop bulged hood rests between the straight steel fenders, which have a slight hint of throwback to the 1930s style pontoon fenders. The coke bottle bulbous sides are carried over from the prior year design with a white strobe stripe breaking up the sea of blue down the sides and up over the rear of the roof. The stripes are showing some cracking and crazing but it isnt noticeable from a distance. At the rear, the draft horse style hiney hit the gym and lost most of its bulkiness. A body color matching spoiler sits atop of the trunk lid and gives the tail end some muscle. Smaller and better integrated than the prior year, the taillights sit neatly in the shiny chrome rear bumper and black hard rubber bumperettes are there to keep Big Brother happy. 14 Mopar rally wheels adorn all 4 corners and are wrapped in Dunlop raised white letter rubber. Interior All looking like it came right off the factory floor, Eggshell, (white), vinyl and plastic door panels have a chrome window crank, door release, and a mirror joystick to break up the expanse of white. Inside sleek styled with integrated headrests, buttoned white vinyl buckets. Fronting these chairs, is the original molded plastic to look like a wood covered dash front. On top is padded black textured vinyl. The gauges have been molded into the wood and are all clean and functioning and are fronted by the original 3 spoke black plastic steering wheel with iconic Warner Brothers Beep Beep Road Runner in the center. More black as the dash extends over to the passenger side with an ash receptacle and lighter, and a glove box. Black carpeting floods the floors for the front and rear, and just above the rear is a pristine rear bench with buttons which match the buckets up front. A center console in black molded plastic surfs through the front buckets and has some wood appliqu in it, and a T-handled slap stick shifter. Above a near perfect headliner hangs proudly in white. Drivetrain Under the hood in a restored engine bay painted Blue Streak, we see a Chrysler blue painted block in numbers matching 318ci format. On top is an upgrade in the form of an aluminum intake manifold and a 4bbl carburetor. A recent oil change with Mopar oil filter was completed as well as a tune up and a new air filter for the chrome air cleaner assembly. To keep things cool a new 26 radiator, thermostat, temperature sensor and radiator car was installed. Our consignor also tells us that a new electronic ignition unit, battery and voltage regulator were installed. Bolted to the mill is the numbers matching A904 3-speed automatic transmission which had a recent service which included a filter, fluid and pan gasket. Putting the power to the road is an 8 3/4 rear axle assembly. We also note that the A/C system was evacuated and recharged with R12 to keep you in the deep freeze. Undercarriage Obviously not a rotisserie restoration underneath but still nicely coated underpinnings with not even a speck of rust. Torsion bar front suspension, and leaf sprung for the rear, along with power disc brakes upfront, and power drums for the back. A Flowmaster exhaust snakes its way to chrome tipped rear exits. Our consignor adds that recently the front sway bar end links were replaced along with a servicing of the brake system and check up on the front suspension. Drive-Ability A very quick fire up and a low rumble with the idle. Off on the test track she performed with great acceleration, bias free braking, and all simple functions were working just swimmingly. While not the raw horsepower of a big block the sound from the machine gun tips is music to any muscle car lovers ears and I dig the groovy Beep Beep horn. A well sorted out and maintained muscle car built when the era was coming to a screeching halt thanks in part to regulations, insurance and skyrocketing gas prices....sounds familiar doesnt it? A powerful V8 engine, snappy color combo and a popular redesign of the coke bottle platform all wrapped up and ready to keep you coyote proof. Beep Beep Indeed!

Transport your classic or collectible car the high tech way. It starts with an instant guaranteed quote on our easy-to-use online service. Then you receive real time updates from pick up to drop off, so you know where your car is every mile of the way. Click Now! 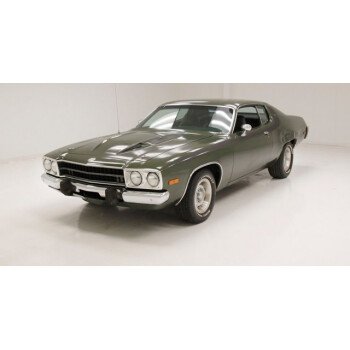 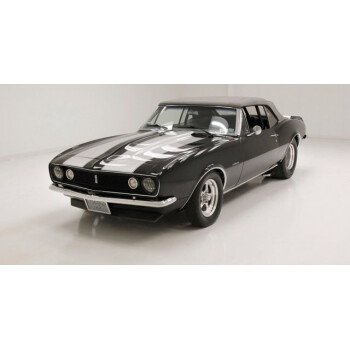 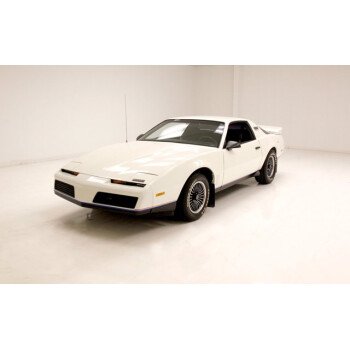 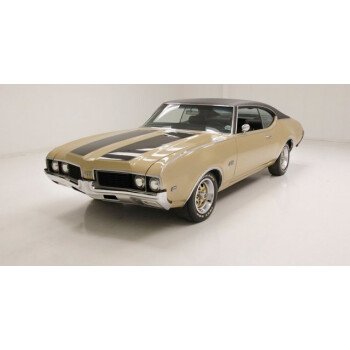