1969 Volkswagen Beetle Bela Barenyi, an 18 year old Hungarian student, submitted a chassis design for a Volkswagen in 1925 and is recognized as designing the basic VW Beetle. Ferdinand Porsche, an Austrian automotive engineer, created the Volkswagen Beetle after receiving a contract from Hitler in 1934 for prototypes. The Beetles air-cooled flat 4 engine was designed by Franz Reimspeiss not Ferdinand Porsche. Even with 20 plus million being built to date, he received less than twenty dollars for his work. Im happy to announce we have bugs here at Classic Auto Mall. Oh, certainly not the kind that you would swat at, but these were made in Wolfsburg Germany, by the millions and infested the USA over the years. This diamond in the rough 69 Beetle version is in project state with new paint and most of the undercarriage work finished. Our consignor states that all of the parts are included with the car to finish the build and based on the multitude of parts in our property room were inclined to agree! Exterior Hugger Orange, courtesy of the 1969 Chevrolet paint catalog covers all the curved panels and fenders, and presents nicely, however does show some inclusions, chipping, peeling and a notable dent on the passengers rear fender. The body panels all fit nicely, and even as late as 1969 VW beetles were still utilizing the exterior nonintegrated fender attached by running board design literally from the 1920s. Save for the covered headlight bezels, door handles and vent window trimmings have been removed and are assumed included. Im feeling an itch coming on... Interior Sans panels, the steel doors are showing their inner workings and are finished in body matching orange. A fully stripped out interior gives you a blank canvas to let your imagination run wild. The black steel dash is still present and is wrapped with a black mar free padded topper. Sound deadener covers the flooring and up top is the naked steel underside of the roof. All this planning for the build is starting to bug me out. Drivetrain The 1493cc flat 4-cylinder engine topped with standard carburetor, a 1-barrel Solex brand. There is a 4-speed manual transmission attached and a 4.120 final drive. This engine appears to be rebuilt based on the appearance, but we have no paperwork to confirm. Undercarriage A nice overall gracefully aged patina shows underneath. All structurally sound and simple is the buzz word. We note black rust proofing and replacement flooring for the passengers side. Independent transverse torsion bar front suspension is upfront and independent trailing arm rear suspension with drum brakes all around. This undercarriage is crawling with well cared for looks. Not without a few faults and flaws, but the hard work has been completed for you. Put on your thinkin cap and plan your next build, 1969 German engineering never looked so good, and you better hurry over if you are interested as previous examples here at Classic Auto Mall had people swarming around them and then they eventually flew out the door. ZAP! 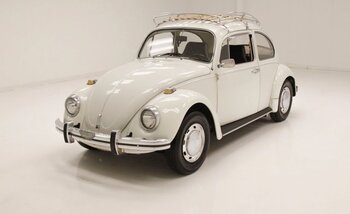 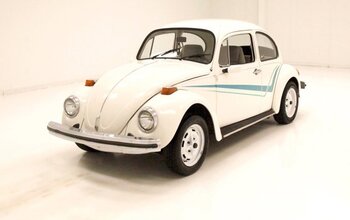 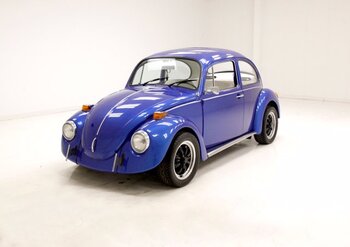 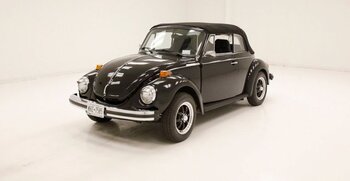