6 Classic Wagons for Your Next Road Trip 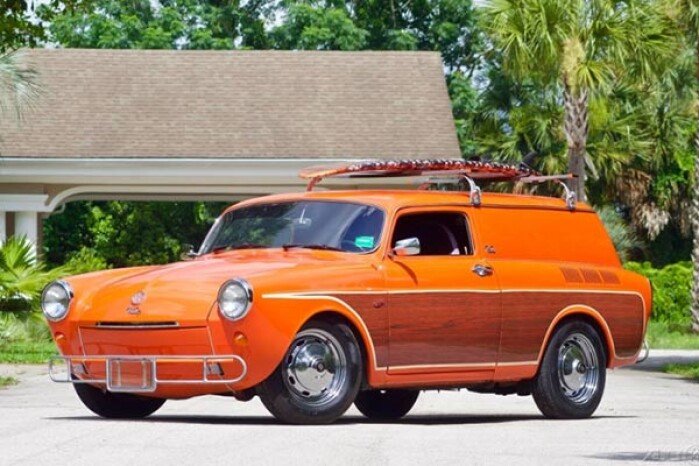 The family station wagon has suffered undue malignment long enough. While the silver screen has not been kind to the classic dad-mobile (thank you, Chevy Chase), time has been far friendlier as enthusiasts realize the practical appeal of a vintage car that can haul your friends and the groceries with way more style than a contemporary SUV.

While wagons as a class of vehicles are not rapidly rising in value, one need not look further than the demand for late-model long-roofs that are considered an endangered species. If paying significantly higher over the original MSRP isn't your idea of a good time, then check out these classic wagons listed for sale on Classics on Autotrader.

Buick recently gave the wagon a much-needed lifeline with the introduction of the Buick Regal TourX, so it's fitting that this 1969 Sport Wagon listed for sale by WeBe Autos hails from the same brand -- just a few decades earlier. The Sport Wagon came equipped with a clever raised roof design and skylights, making it easier to load up gear for the tailgate and go star-gazing from the comfort of the generous back seat. Sharp 2-tone paint and a factory sunroof make this classic cruiser a compelling crossover alternative.

1970 was the last year for the celebrated Falcon nameplate, and this final fling of the Falcon estate is in immaculate condition. While not particularly exotic and about as slab-sided as you can get, the Falcon epitomizes what the wagon stood for when new: honest, simple, comfortable transportation with acres of space meant to cart the family to every school function and sporting event, and then serve as the ideal teenage driver's first car. This 1970 model is offered by Sparky's Machines for just $12,900.

Find a Ford Falcon for sale

You weren't in a hurry if a Japanese car of any make or model was on your list in the 1970s. While Toyota did make some sporting coupes that may tempt you to put your foot down, this 1971 Corolla wagon was not one of them. Rust was a looming threat on almost any Asian brand of this vintage, which is why this Corolla estate, listed by Classic Car Deals, is extra appealing given the seller claims it has a modest amount of "fixable" rust. It's also likely the most fuel-efficient car on our list, a bonus for road trip warriors.

Find a Toyota Corolla for sale

If there's one wagon that almost anyone can identify, it's the Chevrolet Impala. While the most iconic versions have fake wood trim and thundering names like "Kingswood," this 1982 model offered by Country Classic Cars gives off more of a street rod vibe than luxo-barge cruiser. And that's OK -- not every wagon has to be slow and ponderous. The seller notes this example comes with custom paint and new tires, and it looks like it's just an engine swap away from becoming the baddest ride in the carpool lane.

Find a Chevrolet Impala for sale

If there's one thing even non-enthusiasts can agree on when debating the virtues of classic wagons, it's how good they look with a roof rack and some surf boards thrown on top. This 1969 VW Squareback is offered by FSD Hot Rod Ranch, and is far from cheap (for a Squareback). That's due to the numerous modifications from stock, ranging from a gorgeous PPG paint job to custom bodywork to a fully built engine. The wood applique on the sides and period roof rack up top complete the look, making this wild Squareback hard to miss.

Find a Volkswagen Squareback for sale

Don't portholes make everything better? Hailing from an era where such design cues were considered socially acceptable, this Bobcat offered for sale by Classic Car Deals represents the short-lived era of 2-door cruising wagons. This particular Bobcat even comes with the preferred manual transmission, working A/C, and sharp paint. The convenience factor is off the charts, too, as the rear seats fold down to offer very generous accommodations inside. A perfect family hauler for the hauler without a family.


Find a Mercury Bobcat for sale

As these classic wagons go to show, it's entirely possible to look good behind the wheel while having more than enough practicality to justify the purchase of a weekend ride with room for the whole gang. Whether you keep yours in near-OEM condition or choose to add custom touches that make it the ultimate road trip machine, you'll end up with a classic motor that makes a strong argument against owning an SUV. 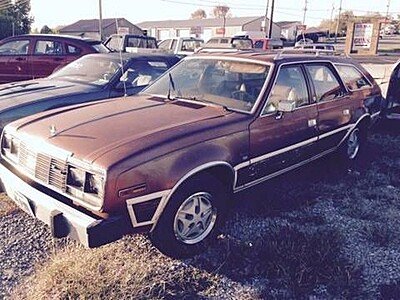 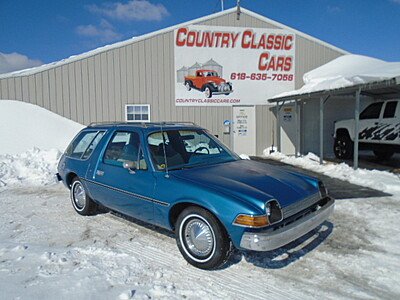 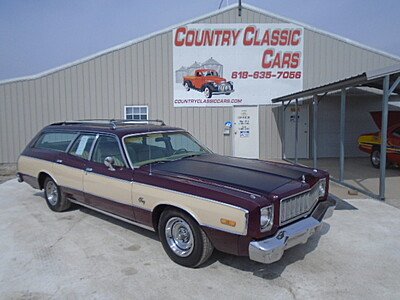 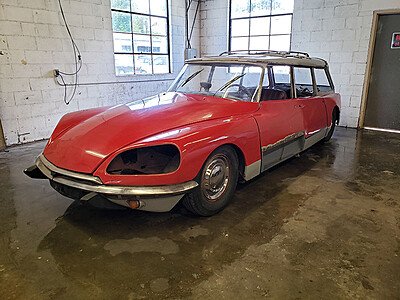 Browse all Classic Cars for Sale › 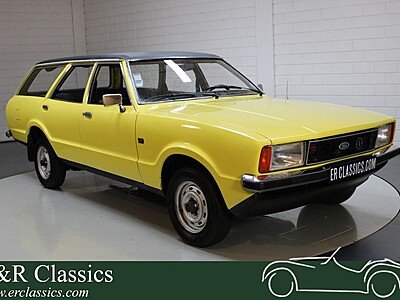 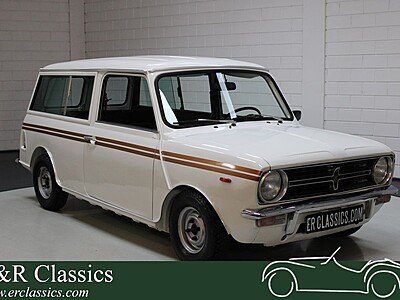 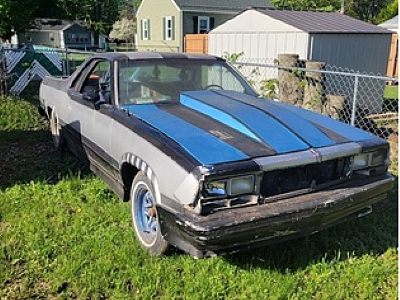 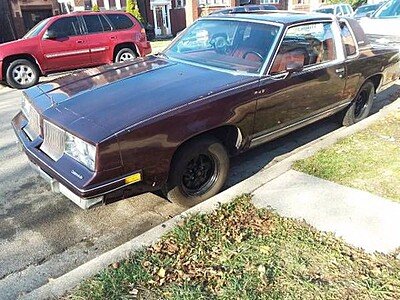 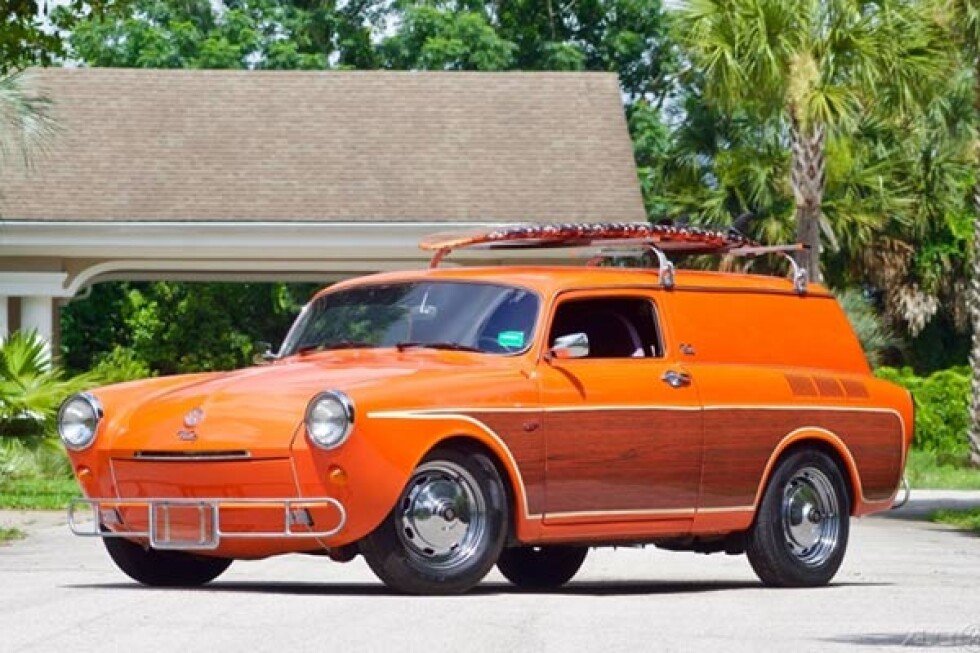