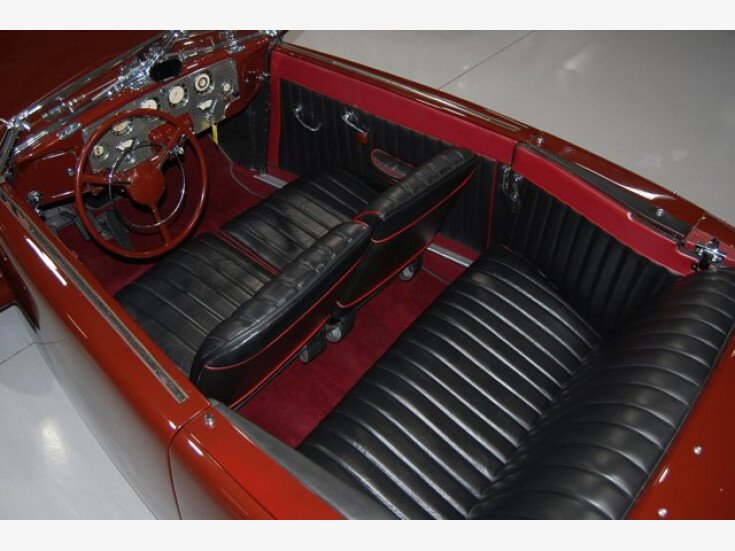 This 1937 Cord 812 Phaeton is a sensationally restored Coffin Nose Cord with an extremely rare bustleback trunk. Perhaps the most recognizable Cord automobiles produced were the 810 and 812 models, which were known for their Coffin Nose design. Founded in 1929, the Cord Corporation was essentially a namesake holding company for Errett Lobban E.L. Cords automotive-related holdings including his shares in famed car manufacturers, Auburn Automobile Co. and Dusenberg, Inc., along with his holdings in the Lycoming Mfg. Co. among others. Cords debut automobile, the L-29, was extremely innovative as it was the first front wheel drive American automobile to market, beating out the Ruxton. However, as one could expect, 1929 was an unfortunate time to debut a luxury automobile due to immense economic downturn caused by the Great Depression. By the end of 1931, Cord ceased production of the L-29 and sold off its remaining 157 L-29s in 1932. Then, in 1936, Cord brought back its innovative front wheel drive design and placed it in the modernized Gordon Buehrig-styled Coffin Nose 810 body, a car that at its inception was supposed to be a Baby Dusenberg. Buehrig, of course, was known by then for his design work on the Dusenberg Model J and the Auburn 851 Boattail Speedster. In addition to their iconic Buehrig style, the Cord 810/812 automobiles were revolutionary cars known for 3 major leaps forward in automobile design, front wheel drive, semi-automatic transmissions, and roll up headlights. With front wheel drive, the 810 and 812s could have a lower ride height, which eliminated the need for running boards and, as touted in Cords advertising materials, the Cord always goes where it is pointed. The second innovation, the semi-automatic transmission, utilized a pre-selector shifter which made the drivers compartment roomier and was a precursor to the truly automatic transmissions that rose in popularity in the 50s and dominate in automobiles today. The final innovation was the addition of the roll-up hidden headlights which made the Cords more aerodynamic and again were a precursor for automobile designs in the future. Despite all of the innovative ideas incorporated into the 1936 Cord 810 and the 1937 Cord 812, financial troubles caused the company to shut down automobile production in 1937 and it sadly ceased production on August 7, 1937. This particular 1937 Cord 812 Phaeton comes to us from the hands of a prominent collector and like all Cord automobiles is a Classic Car Club of America True Classic. Under the Coffin Nose shaped hood on this 37 Cord is a 288.64 Cubic Inch Lycoming V8 engine paired with a single 2 barrel carburetor that pushed out 125 horsepower when new. Unlike virtually all of the cars in the day, power is sent from the 289 Lycoming V8 to the front wheels (as opposed to the rear wheels) which makes these Cords true engineering marvels for the late 30s. The Lycoming V8 engine is mated to a 4 speed semi-automatic (manual) transmission that is shifted using a dash-mounted electric pre-selector shifter which gives the car the feel of almost a semi-automatic transmission. The chrome and brightwork around the exterior of this 37 Cord 812 is in fantastic, show-worthy condition. Riding on a set of wide whitewall radial tires paired with full wheelcovers, this 1937 Cord Phaeton has a truly classic look and a wonderful ride. This 812 Convertible Phaeton Sedan is also outfitted with the extremely rare bustleback trunk that further elevates the prestige of this car. The beige cloth convertible top is manually operated and is in superb condition. This Coffin Nose Cord has been refinished in a beautiful Rich Maroon that completes the exterior look of the car. The interior on this 1937 Cord is absolutely stunning! The front split-bench seats and the rear bench have been reupholsted in beautiful black leather accented with red piping. The door panels, carpeting and steering wheel are all in fantastic condition and appear to be in their stock configuration. The stock dash is adorned in beautiful woodgrain and engine-turned trim and is equipped with a 120 MPH speedometer, 5,000 RPM tachometer, oil pressure gauge, amp gauge, temperature gauge, and fuel gauge, along with a clock and AM radio. Whether youre purchasing your first true classic or youre adding to your existing collection, this 1937 Cord 812 Phaeton would make an excellent choice. Give us a call today! 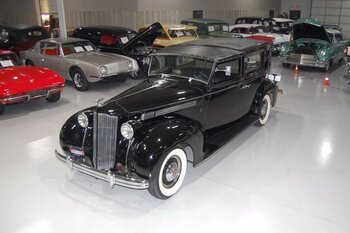 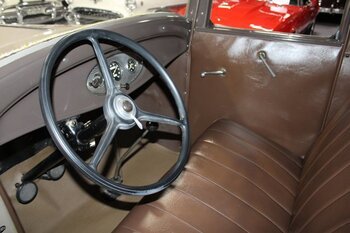 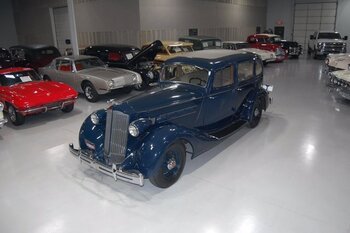 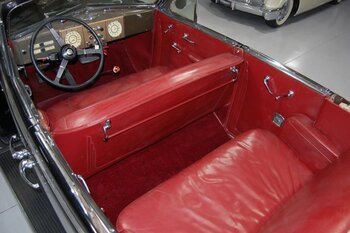