Top 10 Ferraris You Could Buy Now


Can Anyone Buy a Ferrari?

Have you always dreamed of owning a classic Italian car like a Ferrari? Admit it; perhaps you fancy yourself as the neighborhood Ferris Bueller, playing hooky from work while you spend the day driving around in a classic Italian sports car. As tempting as it may be to buy a Ferrari, everyone knows it isn’t the initial purchase price that hurts your wallet but the maintenance, insurance, and repair bills. Oh, the repair bills! It is worth saying twice to emphasize the point.

We wanted to pull together a list of the Top 10 Ferraris listed on Classics on Autotrader just for you - the dreamer inside all of us. We narrowed this list down mainly by cars that caught our eye, for one reason or another, instead of merely looking at the lowest or highest priced Ferraris for sale. You will find the cars we listed are a mix of dream cars while others could be considered, dare we say, affordable Ferraris.

Technically not all these Ferraris can be considered a “classic”, meaning they aren’t 20 years or older, but all are real cars offered for sale by either a Ferrari dealer or a private owner. If some of the links to the actual vehicle listings don’t work, that means the car has either been sold or is no longer for sale. None of the sellers have compensated us for appearing on this top 10 list and none of the sellers were aware they even made the list before we published it. We will periodically update this list of top 10 Ferraris for sale from time to time so be sure to check back occasionally. 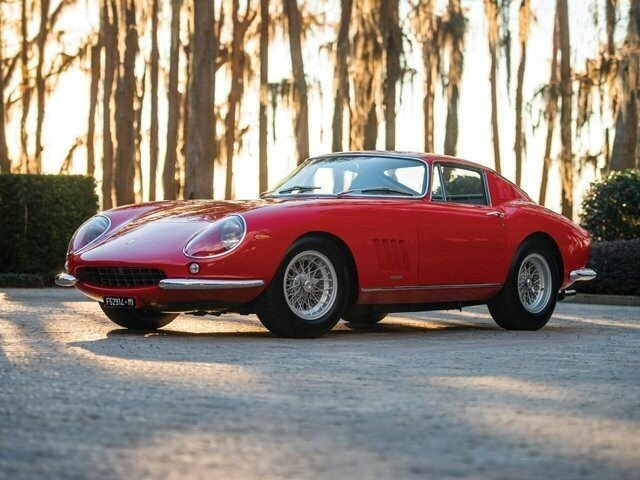 The Ferrari 275 like this one listed on our site is everything you could ever want for in a classic Ferrari: styling, power, grace and beauty. Estimated to fetch between $7.5 to $9 million, this particular 275 is example of the final GT sports-racing model built by Maranellos’ competition department; the ninth of 12 third-series examples built. The vehicle completed a three year restoration which was completed in 2017 and was last displayed at the 2022 Amelia Island Concours dElegance. 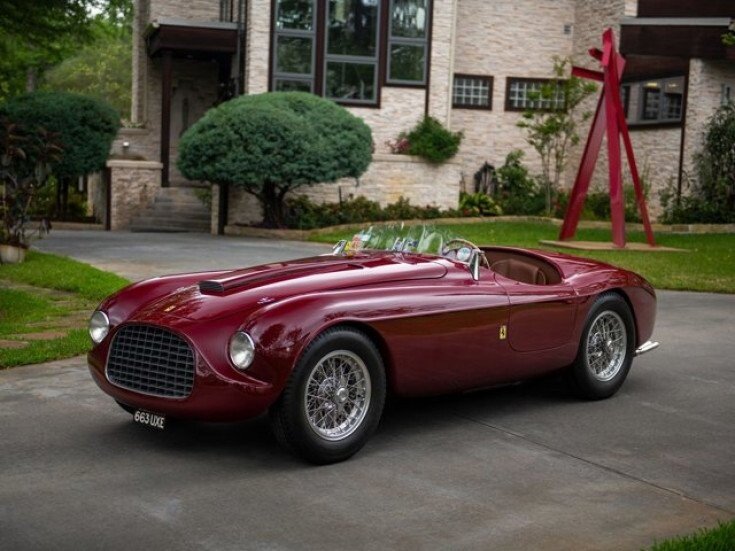 This 1952 Ferrari 212 Barchetta is one of 120 cars that are being auctioned without a reserve in late September as part of the Gene Ponder Collection by RM Sotheby’s. As of late June, there were no details available from Sotheby’s about this car unfortunately however a similar 212 Barchetta sold at a 2015 auction for around $7.5 million. There were only 28 units produced. We think a final hammer price of $12 million is feasible. 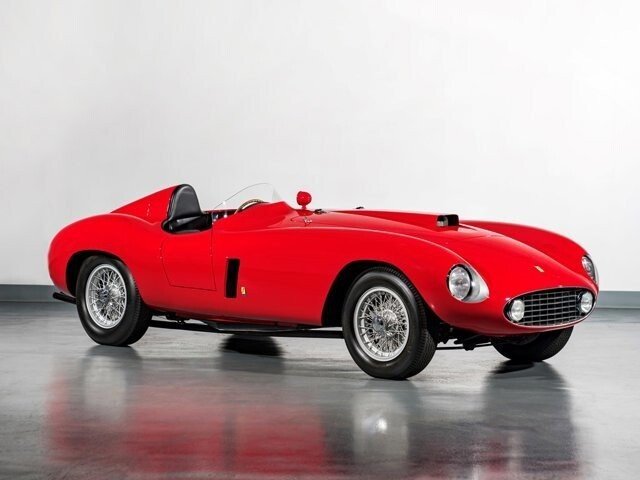 This matching numbers 1953 Ferrari 375 MM Spyder is one of 12 Pininfarina examples and the 9th of 26 examples overall built. The car was rebodied by Scaglietti in 1954. A racing V-12, it was tracked in Casablanca, Portgual, Sweden and Finland and there is extensive documented history of this car. This car will be available at a Sotheby’s auction in late August. 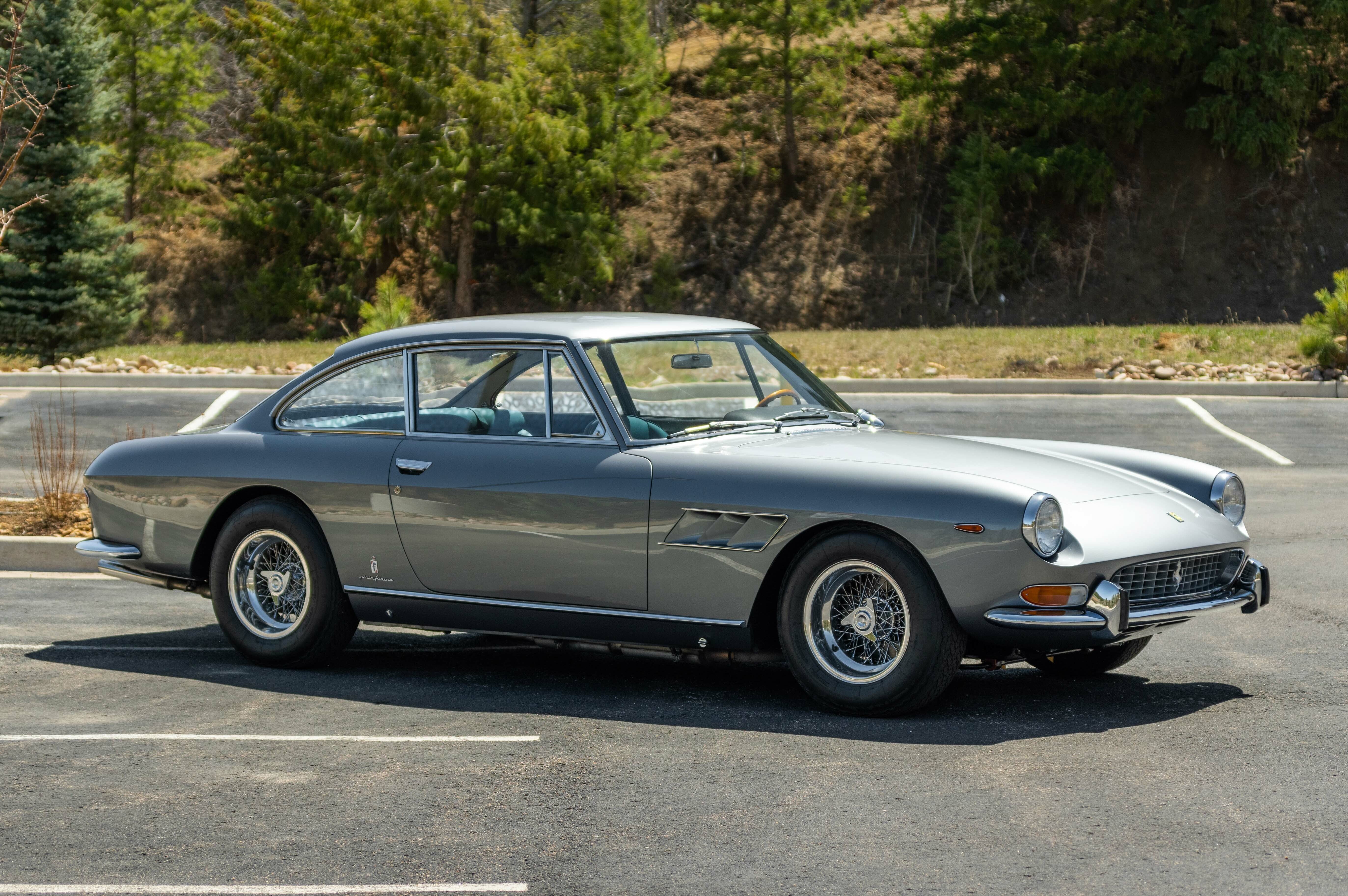 This 1966 330GT 2+2 is one of about 1,100 330s produced during Ferrari’s “Golden Era” and recently had a professional restoration. The car’s full history can be traced back to all five owners. It still has its original V12, 4-liter engine, which was rebuilt along with the chassis and suspension. The medium-blue leather interior is completely brand new. The odometer has just under 70,000 miles. 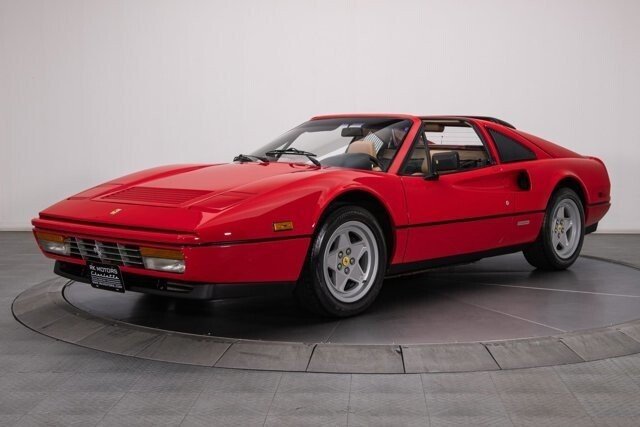 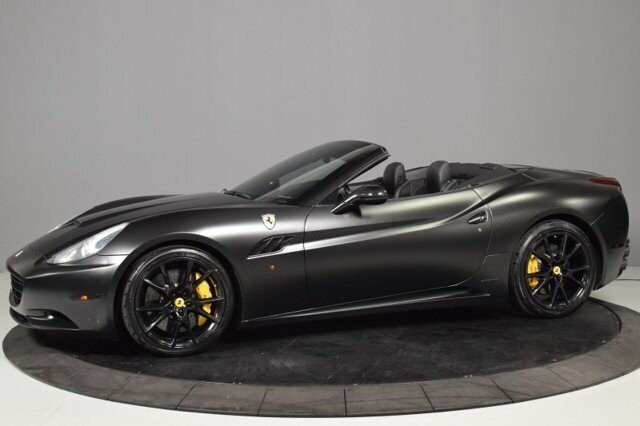 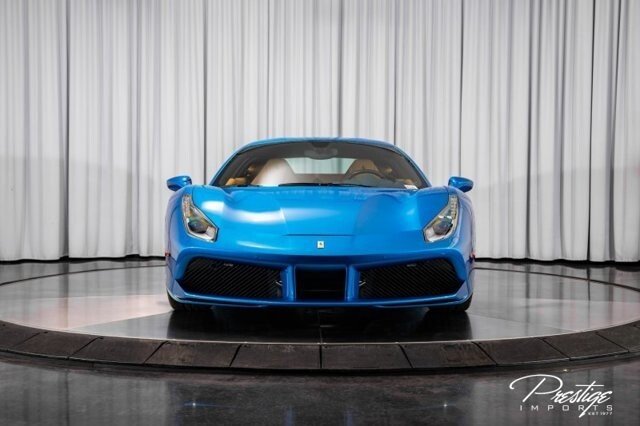 The Ferrari 488 GTB has sophistication, performance, style and class all wrapped up in this rare listing of a blue 488 GTB. With only 1,528 miles, this car is primed for a long life of enjoyment from the most discerning buyer. Contact Prestige Imports in Miami if you’re interested. 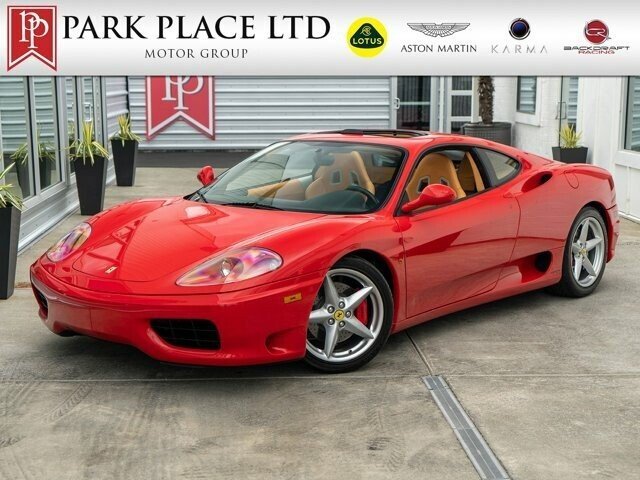 This red 360 Modena coupe was one of only 24 built in the entire world and comes with a rare factory sunroof. The timing belt service was just completed in March and it features a F1 paddle shift gearbox. The car has a full documented service history since it was new. 26,019 miles. Want a used Modena? Then you should read this overview on Buying a Used 360 Modena: Everything You Need to Know written by our colleagues at Autotrader. 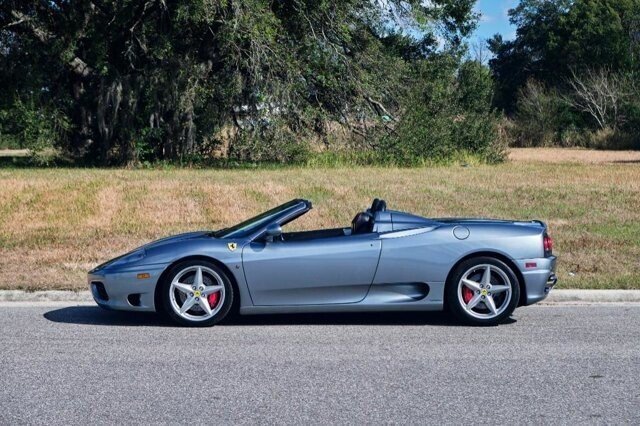 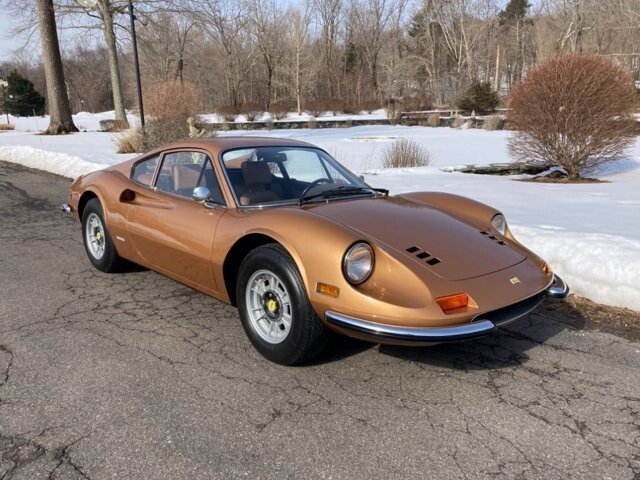 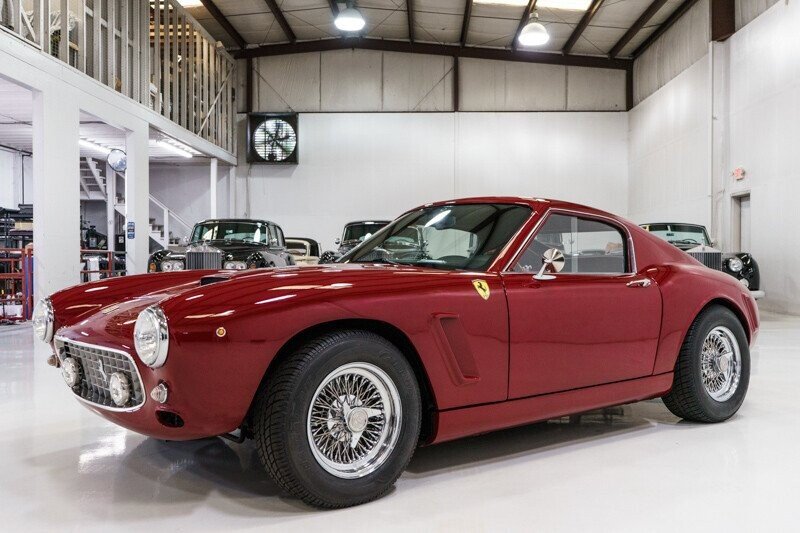 We debated a lot whether this 1961 Ferrari 250 GT SWB recreation should make this list. To be clear, this is not an original 250 GT which would normally cost around $12 million but is a recreation “tribute” car. However, it looks stunning and for a fraction of the original this could be yours. The car was built in England but we aren’t sure by who. If it was built by GTO Engineering, who is known for their 250 SWB Revival, we’d buy this car in a heartbeat. Check out this video walk around tour and short clip of the car being driven.

These are the Top 3 most expensive Ferraris for sale on our site as of the publish date of this article. 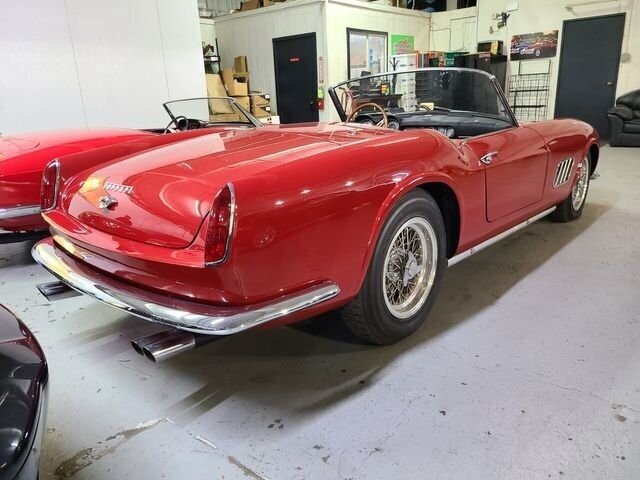 Available from Accelerate Auto Group just outside of Dallas, TX, this red convertible Ferrari 250 could be a short wheelbase version of the 250, as most convertibles were. It features a V12 engine, and although the dealer has posted no details on the car, it is possible this is a California Spyder version. If so, this isn’t a short wheelbase model since those started in 1960. Ferris Bueller’s Day Off fans will recognize this as the car from the movie. Although this is a fantastic 250, we are more partial to the 250 GT Berlinetta coupe version, but beggars can’t be choosers. 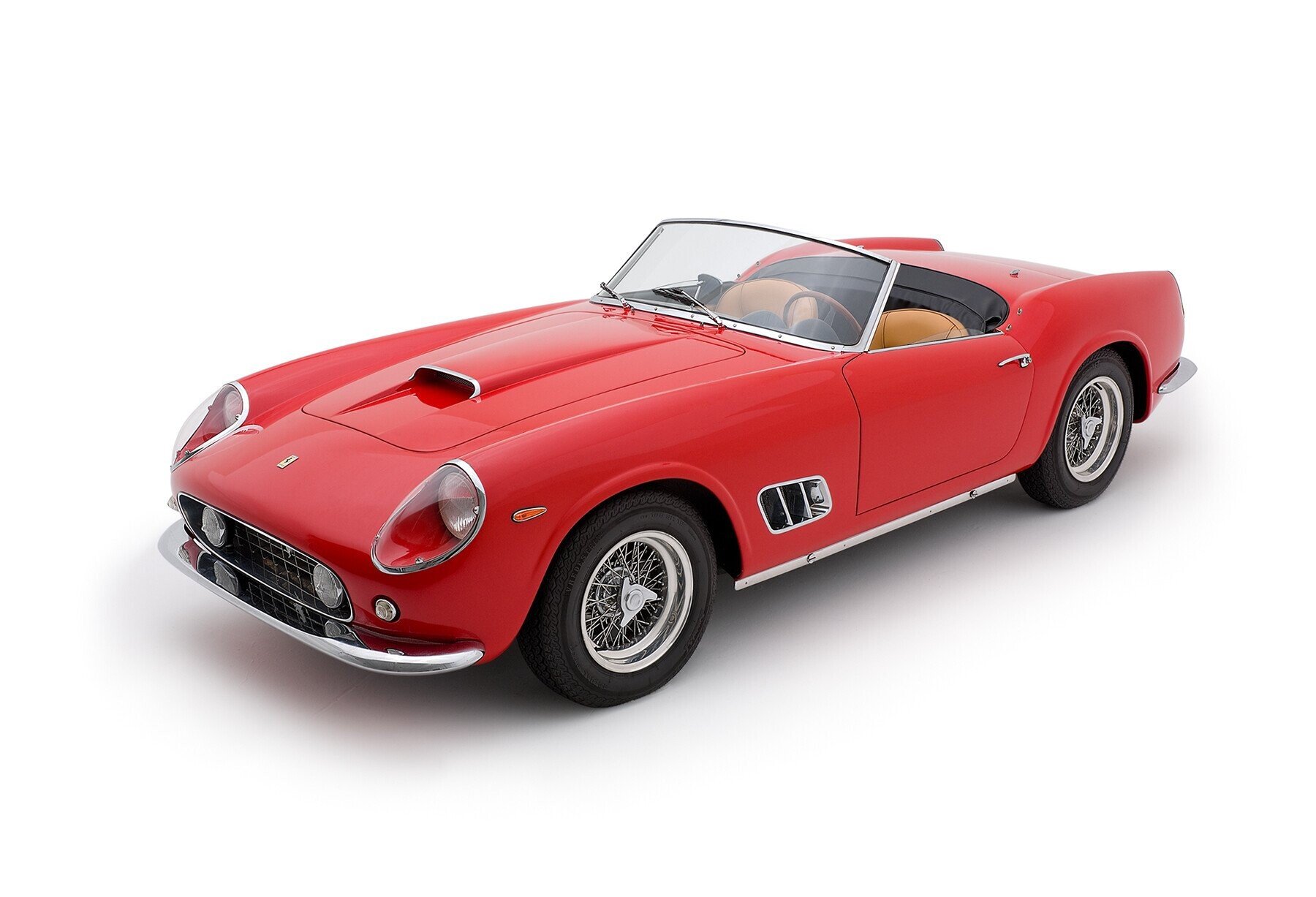 This 250GT California Spyder has undergone a total restoration and was rebodied. Offered for sale from European Autobody in Boca Raton, FL, the dealer hasn’t listed the mileage but there is a photo which appears to show only 717 miles on this car. We are left to assume those are the new miles on the rebuilt engine. 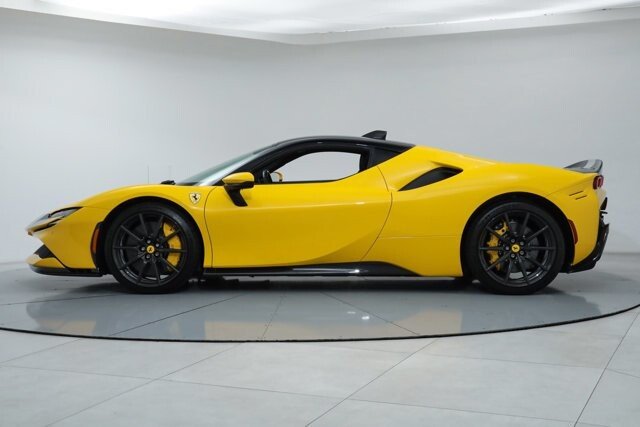 The Ferrari SF90 Stradale is Ferrari’s mid-engine plug-in hybrid electric sports car with an 8-speed dual-clutch transmission and this particular listing has only 110 miles on it. Ferrari states the SF90 Stradale can reach 60mph in 2.5 seconds and has a top speed of 211mph. Contact Ferrari Maserati Alfa Romeo of Fort Lauderdale.

Ferraris for Sale – Most popular models

Based on site traffic since the start of 2022, here are the most popular Ferrari models for sale on our site:

How Much is a Ferrari?

As you can see from this list here, the cost of a Ferrari depends on several factors. The price for any specific Ferrari model could range from $40,000 to over $1,000,000. In doing the research for this Top 10 list, however, we found a lot of used Ferraris for sale in the $75,000 to $150,000 price range, so if we were going to set a budget, we would concentrate on that price range. If you aren’t picky about the model, this is where opportunities exist. Don’t forget to set aside at least $15,000 to $30,000 per year for the astronomical Ferrari repair costs.

This YouTuber documented all his costs for owning and maintaining his Ferrari over the course of 12 months. While this owner included $24,000 in after-market, optional modifications to his Ferrari in his maintenance cost, the total he spent in payments, insurance, and service came to just over $55,000, which averages out to $4,606 per month. Without all the optional mods, his 12-month ownership cost would have been $31,000. If you’re thinking about buying a 2010 - 2015 Ferrari 458 Italia, we would highly recommend watching this video.