There's much debate about which classic truck is greatest of all time. Is it the Ford F Series, which has been in production since the 1950s? Or is it the Dodge D/W Series, later known as the Dodge Ram? Others argue it's the Chevrolet C/K, produced for nearly 40 years in the U.S. and internationally. Wherever you fall on the debate, there's something about a classic truck that really turns heads. Get the low-down on classic trucks that have changed the world right here on Classics on Autotrader.

Overland Trucks: Vintage 4x4s That Get Better With Age

Vintage overland trucks offer the ultimate balance of style and capability. Check out these emerging classics for sale on Autotrader.

Owning classic cars can have its drawbacks and create a bit of stress. We put so much blood, sweat, tears into our projects sometimes that we can only stress about owning, driving and displaying them. Here are five tips to help ease stress of owning and driving a classic car.

We've compiled a few tips for long-term storage of your Classic Car. Combining these with our recommendations for short-term storage will help protect your investment and make it a little easier to put that classic car back on the road when it's time to take it out storage.

One of the most frustrating things for owners of classic cars is to walk out to a car that has been sitting in the garage for weeks and not be able to slide behind the wheel and drive off. Follow these simple tips and your classic car will be ready to enjoy when you are.

Classic Cars: Know Where to Look for Trouble Areas Before Buying

Every classic vehicle has its own trouble spot. Research the make and model you're interested in buying. Learn all you can to determine what the trouble spots are and how to spot them. There are a few trouble areas common to most classic cars, but there are many that are vehicle type specific.

If you're headed to bid on the car you've dreamed about for years, there are some very important bits of advice you would be wise to follow, both before and during the auction. This articles covers some simple mistakes to avoid in order to make your auction experience successful.

Five Collectible SUVs to Consider Before They Hit the Stratosphere

Five Classic Trucks to Buy While They're Still Affordable

We've put together a short list of what trucks might be expected be popular vintage trucks. This is just a list to get you started. If your heart longs to have a classic truck sitting in your garage, now might be the perfect time to act. 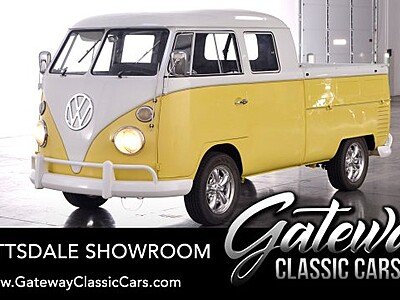 Browse all Classic Trucks ›
Advertisement
Advertisement
×
Advertisement
We use cookies and browser activity to improve your experience, personalize content and ads, and analyze how our sites are used. For more information on how we collect and use this information, please review our Privacy Policy. California consumers may exercise their CCPA rights here.
×
Sign In / Sign Up
{{{message}}}
Sign in with your email address
Don't have an account? Sign up with your email address
×
Save Vehicle
Error